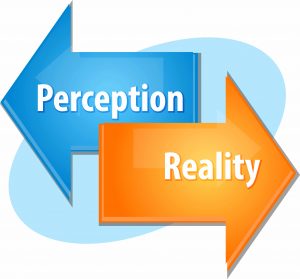 Several years ago I wrote an essay that was entitled Perception verses Reality. In that essay I discussed the CNSC’s problem of what was really true and what the world perceived as true. Governments and their respective agencies, or in this case our regulatory commission, tend to have to deal with their mandates in ways that not only satisfy  the truth of the problem but also the perception of the propaganda they have developed or has been developed by others.

Free trade is a good example of perception verses reality. The participants in these agreements have always protected the portions of their economies that are susceptible to their trading partner’s cheaper exports, which could do harm to political aspirations and to their respective economies.  This is the reality. Free trade agreements are really only agreements to manage trade in a way that organises the practices so that countries won’t take advantage of each other. Countries agree not to harm each other’s sensitive parts. There are sacrifices and there are wins but the sacrifices are hopefully made up by the wins and the damage is minimal, or at least not politically damaging. It is a trade agreement with the understanding that some losses are inevitable but with the hope of the average Joe that his job won’t be sacrificed.  Economists David Ricardo, and Adam Smith before him, suggested that it is the hope that most business sectors will flourish and be more competitive with a freer flow of goods and services.

China has a perception verses reality problem. At home they have mislead their people into believing that they are a military world power and technological giant. They suggest that they are a developed nation, which is equal or even superior in real power to Europe, Japan and the US.  The rest of the world reads their propaganda too, and it makes them uneasy.  That’s the perception. Recently however, the Chinese have started to pull back and are actually downplaying their abilities in a way that is closer to reality. Why is this? 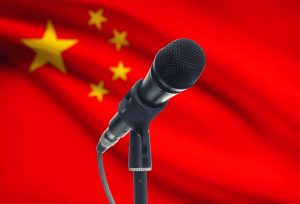 One reason is that China has modernized and urbanized at a tremendous pace and it has cost them. China has one of the highest level of debt, ranking 13th by Wikipedia and higher on others lists.  Its spectacular run is coming to an equally spectacular end. Unless they can find a way to spread wealth and prosperity to the poorer regions of the Chinese empire they will likely be in trouble. Internally they are facing a demographic cliff that has been exaggerated by the one child policy. The one child policy has produced a male population in excess of the female population to the tune of 33.4 million. Lonely men cause problems. Even more importantly lonely men can cause rebellions and war. China has a lot of problems internally and so its elite have put all their eggs in the Xi basket hoping that this will give the party enough flexibility and agility to target and extinguish problems before they get big enough to cause significant upheaval to the status quo. This will be done, as much as possible, with perception vs reality-style propaganda.  But when push comes to shove, shoving may also work. Bringing perception closer to the truth may lower expectations and give Xi’s dictatorial government more time to effect change.

Not only does China have internal problems but there are external problems that have developed due to  China’s need to be seen by its people as a world power capable of holding their own, and perhaps even exceeding other great powers, in all things. To maintain stability its people need to believe in a united China that’s worth believing in.

The World Gets Worried 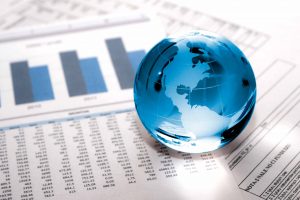 As China fills its people with images of condominiums, BMWs, military might and technological advancements, the rest of the world is getting worried.  Perhaps this is the second reason China is making a U-turn on its super power propaganda. Japan who is historically is an enemy of China, and nations bordering the South China Sea, are nervous.  Neither of the Koreas trust China. Australia, India, the US and Japan are forming what they call a “Quadrilateral” alliance, specifically to control China’s ambitions. It was only a matter of time that the US would lead the charge on curbing China’s exporting policies. As much as the US trade sanctions are about keeping US jobs they are also about controlling China’s subsidized export machine. Even Canada is looking at steel sanctions against China to stop the flood of Chinese steel from entering our country as US sanctions now make it an attractive dumping ground. China’s One Road, One Belt initiative is also starting to look like a plot to make countries such as the smaller have-nots under Chinese influence, indebted for infrastructure loans.

China needs to balance its propaganda at home with the effects it has on its trade partners or even trade competitors around the world. It is one thing to rally the sentiment of the people but it’s another to look confrontational to the world. A trade war isn’t any good for anyone and we are not in a trade war yet.  It’s more like a squabble.  China has much more to lose that anyone else. It will be more than interesting to see how this plays out but I wouldn’t be surprised if we see the protectionists keep the pressure on China.  Even with Canada, a free trade advocate, joining the ranks of protectionists it could cause escalation to a level that has some real impact.  This is at a time when the world could use a freer flow of trade rather than more protectionism. 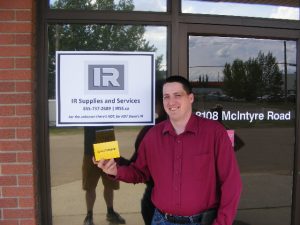 I want to take this opportunity to congratulate Joshua Mitchell, RT Foreman at Spectrum NDT, who won a very nice Leatherman for simply filling out an in-store survey we had ongoing for the last few months. It is always great when we can give back a little for all the support we have received from our clients and colleagues over the years. Our open houses, and other events are fun and allow us to show our gratitude.

IR recently held our annual open house and once again we had well over 100 attendees. They are a great way for our clients to interact directly with our vendors.  We try to have as many vendors join us as we can.

A couple of weeks ago, we announced at our open house that we were able to make an important donation to the NDT program at NAIT.  It is because of our great relationships with our vendors that we have been able give back to the industry that received us so well over the last 14 years. It was with great pride that IR was able to rally our vendors, free up our people, and provide a considerable amount of resources to make this substantial donation to the future of NDT. It has always been our goal to lead by example: though 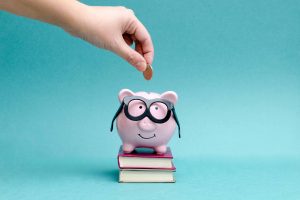 innovation and consultation with vendors; superior support and service; and now with our backing of materials and equipment to NAIT.  We are committed to the NDT industry. Of course none of this would be possible without our clients who have supported us so well.  So please take a bow.  It is because of you that we can give our future professionals the support they need so that they can become the future of NDT in Canada.

That’s all for this issue of Brian’s Blog.  Remember: For the unknown there’s NDT and for NDT there’s IR