Iranian nuclear deal gets Trumped! But why now?

Trump has had several opportunities to back out of the Joint Comprehensive Plan of Action, (JCPOA), or the Iran nuclear deal, so why now? One theory is that American and Iranian interests, are no longer aligned since ISIS has been all but defeated. Iran wants to have influence in Syria, and has already solidified a presence in Lebanon.  It wants to continue to expand its influence into Iraq. Iran is in a position where it could become the dominant force in the Middle East, re-establishing the Persian Empire.  That would not be in the best interest of America or most of its allies.

At home Iran is having some trouble.  Now might be a good time for the US to stir the pot a bit. Iran is fighting through a severe drought that has driven farmers to the point of breaking.  This has led to protests for financial aid from funds that are in short supply due to the cost of Iran’s push west. The economy has not grown as most Iranians thought in should have after the original sanctions were removed. This is partly because of the price of oil but also because Donald Trump has said enough throughout his term as president that western investors are hesitant to invest in Iran. This has caused some dissention in the Iranian political system and there are definite lines of opposing views in Tehran. Financial pressures could cause a destabilization of the Iranian political system. Iran is also threatening Turkey and to a greater extent its sworn enemy Israel with its expansion ideas.  With the latter a war is brewing in some form and will probably be fought from Lebanon via Iran’s proxy, Hezbollah. An all-out war between Israel and Iran may force the US back into conflict with boots on the ground and the US does not want to increase its presence it wants to decrease it.

The US has looked to be weak on the Korean dispute, unable to do much with South Korea’s distaste for taking the punishment that the North would surely inflict on it, and especially Soul, if the Americans attacked. Being tough on Iran may put a little more pressure on North Korea, perhaps foreshadowing that the Americans won’t back down. This may also take some pressure off the US from some of its security wards like Japan and Taiwan, who are hoping the US will also play the same brand of hard ball with North Korea. This type of about face also makes the US look unpredictable, which they really seem to be and puts everyone off balance.

By putting some internal and financial pressure on Tehran, the US may allow some time for Turkey and others to expand enough into Syria to keep no one entity from dominating in the Middle East.  That, after all, is the US strategy, to keep the Middle East off balance with no one interest having control. 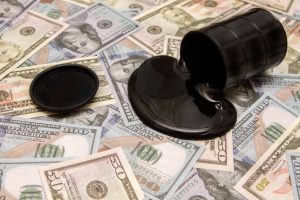 Fracking and drilling technologies has reduced the cost of a barrel of oil to all-time lows, especially in North America where these technologies were created. Don’t kid yourself, the Saudis and the OPEC producers saw this coming and in the beginning they tried to cripple the frackers by increasing production. Oil surpluses made it difficult for frackers but eventually all their efforts lead to was a glut of oil and that killed the price and crippled their economies and those in many other countries as well. In an attempt to right the ship, OPEC and a few non-OPEC members decided to reverse gears and curtail production.

I must now pause to apologize. I called OPEC out and said that there was no way they could make this happen.  History was my source of wisdom—it seems I was wrong. OPEC and a few non-OPEC producers have reduced the glut of oil and prices are escalating. I’m not sure if it will last as demographic trends are against growth over the next several years, but I must say I am happily surprised.

So now we have US oil being produced at all-time highs and in no time at all the US will be the world’s largest producer. And that is another side effect that Trump can live with. A USA that is no longer dependent of foreign oil is just one more reason to play hard ball in the Middle East and everywhere else for that matter. 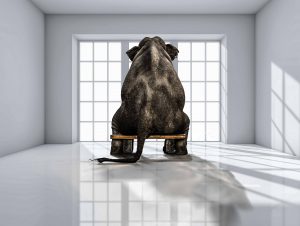 So what does this mean for Canada?

Well, with higher oil prices comes more work for Canadians. Higher prices for oil is good for Canada, even with higher gasoline costs. I recently read someplace that if we adjust for inflation the price of oil and gasoline and factor in the better fuel economy autos are getting today, we are actually paying about $200 less per year for gas now than we did in 1972. Go figure.

In Canada we still have a problem with transportation and investment dollars leaving for other places. We now have to compete with an oil producing giant on our boarder that has a competitive advantage and a president that is incentivising that advantage. We need American refineries to transform our oil into products because to do this ourselves and be competitive, we would need to build refineries at exit points.  For Canada this means tide water. If we can’t get a pipeline built we are never going to have a Baton Rouge in Vancouver. We can build all the refineries we want inland but we would still need to get the products to market.  We consume all we make now.  Refineries need to be built at exit points to be profitable.  The Red Water Sturgeon project is a great example, which is now at 8.5 billion and counting. If these inland projects were sound, industry would be doing them. That’s why basically 60% of all US refining capacity is in three states: Louisiana, Texas and California.

Our problem reminds me of a kid’s joke about two scientists who decide to plug an elephant’s butt with a cork to see what happens. Like the elephant, Canadian politicians have plugged our transportation system so that all goods, from grain to oil, are backing up.   Soon the system will be unable to withstand the pressure and, well you know, there will be a mess to clean up. In the joke, the scientists are unwilling to remove the cork themselves, and after some length of time, train a monkey to remove the cork.  This does not go well for the monkey as you can imagine. In reality it will be taxpayers, (the monkeys), that will ultimately pay the price.  Hopefully, once we realize the mess we are in, we will train some new scientists. I have to say that I am totally amazed that a country the size of Canada, a net exporter of mostly raw materials that is so dependent on transportation of its goods, has not protected its transport system with more passion. If Canadians showed half the passion and ferocity for our transport systems as Iran has for its expansion into Syria, Iraq and Lebanon, we would have a very envious economy. 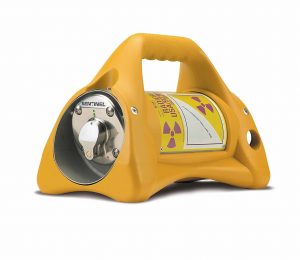 When the 2014 oil crisis hit, we knew that IR needed to have a plan for an uncertain and likely volatile future and part of that plan was to offer some of our products for rent. This would accomplish a couple of things: allow us to put underutilized inventory to use, and offer a way for our clients’ businesses to ebb and flow with what we saw as slower but also opportunistic times. We felt that oil and natural gas prices would rise and fall and that companies would need to expand for a short while but they would also need to be able to reduce overhead quickly when these short cycles went negative. By renting exposure devices, x-ray tubes, and other capital intensive equipment we could help ourselves and help our customers too–win-win as they say.

That spawned Rentals at IR.  Today we have a robust rental business that has been working just as planned. So instead of jumping into a large capital expense, why not look at renting for a time until you are sure that our economy is back on track and not just cycling volatility once again? Like I stated in a recent blog, there is a lot that can still go wrong.  Until some of the intangibles I mentioned disappear or clear up, gearing up with equipment that might not get used consistently, may not be the best choice and may just be a liability. Play it safe and try Rentals at IR.  It just may allow you to sleep at night without those nightmares of that elephant in the room.

And remember…for the unknown there’s NDT, for NDT there’s IR.