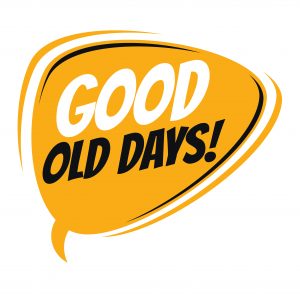 At IR we often supply advice, (advice is always free at IR by the way), when there is a problem in the field with equipment or in cases where source retrievals are necessary. Luckily source retrievals are few and far between, but when they do happen it is usually a time consuming and stressful occurrence. Cable driven exposure devices have a lot less problems than the air activated devices that I was use to using just a decade and a bit ago. Air cameras, as we called them, were susceptible to stuck sources, mostly from too sharp a bend in the head hose (guide tube), and at times they could challenge your abilities to make them behave. For all their good points they were more problematic than today’s crank cameras but I find that retrievals were less difficult to deal with overall and this is strictly because when a cable driven exposure device won’t co-operate it is usually something fairly significant.

Source retrievals are not usually too difficult, the problem is they can be time consuming and time is always the issue for many reasons.  A source refusing to follow orders in a cable device will usually take you some time and planning to make it fall back into line. The stuck sources in a head hose of an air camera were usually fairly straight forward.  More incidents happened but more often than not they were easy to deal with. Not to say they didn’t present their challenges, they most certainly could.  Not so with cable driven devices; dented guide tubes, crushed drive cables, disconnects, and failed locking systems requires some strategy, a bunch of knowledge about the mechanics of the device and careful planning.

With the disappearance of air driven sources and the advent of cable devices we have also needed to change some of our emergency equipment and one piece that should be changed is the lead tunnel that was designed for air cameras. I remember the one I had. No kidding, it was probably 18 inches long made from 4 ½ inch line pipe and filled with lead. Of course it had a handle and this handle was designed so you could flip it over on its back with the tunnel side up.  In this position you could place a source into a hole drilled into the center as an emergency storage solution. I don’t ever remember using this feature but it was there if ever needed. As you can imagine this abomination of today’s tunnel brick weighed in at over 60 pounds and was a struggle to even get out of the truck. But let me tell you, if you dragged a head hose with a stuck source through that tunnel you always found it and it was shielded, sort of. It was the only shielding tool we had other than some empty burlap sand bags we could fill with sand or more likely just dirt or gravel, if you could find any at 40 below. I never knew anyone who used them. We also had 40 foot head hoses back then. I have even used longer, up to 100 foot head hoses. It was interesting, the head hose was always long and the air hose, (the hose that ran from the pump to the exposure device), was often shorter. I eventually turned that around and often used 10 to 20 foot head hoses and 75 foot air hose.  We could do that and get away with it back then. Modifying equipment the way we did back then would likely put some pressure on your license renewal today.

That old style of lead tunnel or anything like it, has no place in a retrieval kit today. I suppose in a rare instance you could find a use for it but more than likely it will get you into more trouble than it would be worth. With today’s equipment you need flexible tools that allow you options. Any tunnel brick alone is of little use because every one of them has a hole at each end and that’s going to let the radiation out. With the use of shorter guide tubes today you need precision tools to deal with emergency retrieval problems. This means smaller tunnel bricks that can be used with a lanyard, in conjunction with lead shot bags. It makes no difference whether the brick attenuates to 100 times or not, for me the smaller the better, though we think our design at IR is optimal. By the way it does meet the 100 times attenuation regulation but with the same problem as all tunnel bricks, it still has that hole at each end. That’s a significant issue when dealing with short guide tubes of the materials used today. Trust me on that one.  You need to exchange your old style tunnel brick for another, more modern design.

The attenuation factor regulated by the CNSC is an outdated number and was instituted to give licensees and manufacturers a minimum number to build their lead tunnels around because that was more than likely all you had for attenuation. To be compliant you need enough material to meet the 100 times attenuation but I hope you carry more than that if you plan to perform an emergency source retrieval. Any one suppling you a lead tunnel that requires a large handle and a weight training regime to carry it as your only tool to attenuate is putting you at risk and has little understanding of what today’s equipment, if not behaving properly, needs to bring it back into line. Let’s be clear, older style lead tunnels were designed for air driven devices with 50 to 100 foot guide tubes or head hoses, not cable driven device with 2 to 7 foot long guide tubes made of ridged materials. In fact it may even be a bad idea to use a lead tunnel at all for some retrieval issues. 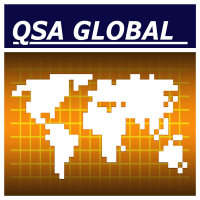 Every year IR hosts a QSA Global Inc. source retrieval course designed for modern Sentinel products using modern tools designed to be flexible and safe. This year it runs from June 13th to 15th. It would be good to see you there!