The Most Secure Place in the World is in a Prison 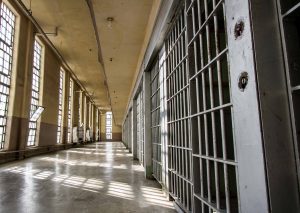 I was recently lent a book by a friend of mine. He is a follower of my blogs and picked up on my leanings towards geography as the reason for most of the politics around the world. The book is called Prisoners of Geography written by Tim Marshall, a former foreign correspondent for British Sky News. It is an excellent book and an easy read and though I haven’t finished it yet, I would recommend it to anyone who wants to understand how geography and history shaped and continues to shape, what happens in our world today.

Prisoners of Geography was written during Obama’s presidency but as I read the short history about the United States I couldn’t take my mind off of how the current president is so rigidly aligned with the imperatives of the US geography. I am not a conspirator theorist, however I do believe in conspiracies. And I have a theory.  We all know that cycles exist: business cycles, demographic cycles, sun spot cycles, weather cycles, economic and seasonal cycles. Some cycles are longer, such as generational cycles and there are even much longer cycles proposed called super cycles, which span 250 years or more. For the last 60 years or so we have been traveling through an upward trending cycle of stability, growth and relative peace and it has been recorded as the greatest innovational and prosperous 60 years of all time. This cycle is generational, coming to an end as it started with the baby boomers.  The greatest wave of human intellect and buying power is also ending with them. As these cycles change we see a shift from the way it was to the way it is going to be and at these times special people appear to navigate this corner. It is also the time when people in power or people who can execute their will can have great influence. Conspirators? Maybe. But opportunists absolutely.  Trump and his backers, whoever they are, see this epic change as an opportunity to make America great again and correct the last 50 years of what some would say was the US of A, being too nice. 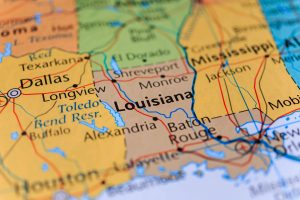 After the war of independence the US started to move west.  Upon conquering the Appellations, they soon started seeing the potential of the Mississippi and in a peaceful transition they purchased Louisiana from the French, sealing the super waterway’s access to the Gulf of Mexico. This gave America a north-south transportation corridor linking the great lakes and the Ohio River basin to the southern states and the Port of Louisiana. As the ports of Louisiana became more and more important the threat of Mexico became more of a problem. As Tim Marshall explains very well in his book, at the time the Spanish finally ceded Florida, Mexican borders were only 200 miles from the Port of Louisiana. This was a problem and so Americans were encouraged to settle inside and along the Mexican borders. As the American settlers continued to flow into what is now Texas, Mexican and American confrontations began to arise. The Texas revolution in 1835-36 was a pivotal turning point and effectively pushed Mexican borders, that were once well into northern California, to where they stand today.

All of this action along with the acquisition of Hawaii and Alaska has created a super power of no equal. A sovereign state surrounded by oceans, isolated by the Canadian Shield and extreme cold and ice in the north, and a poorer and less advantaged Mexico in the south, has given the United States all the advantages it needed to ensure no country will likely ever challenge them on US soil. As the US grew, its considerable economy has touched the whole world. With adequate resources and the world’s largest and most powerful Navy to protect trade routes throughout the Pacific, the US is virtually in charge.

A Man with a Mission

Today with the world in an economic malaise and in the midst of turning the corner on a new generational cycle with all the uncertainty that that brings, we have President Trump. For all his short comings–you may have noticed a few–he is a man with a mission and it has everything to do with history and geography. 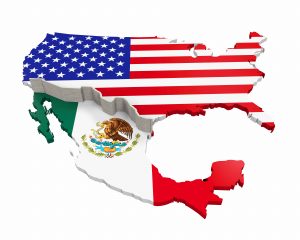 His vision of building a wall along the Mexican border is not new. The populations of Mexican immigrants has been steadily growing and some have predicted that by 2050 Mexicans and Mexican descendants will be over 50% of the populations of states bordering Mexico, including California. This is a threat to American sovereignty and like the Americans pulled off some 200 years earlier, a revolution or at least a separatist movement to align closer to mother Mexico is a possibility. After all Mexico once owned those territories. For those of you who think that this is all folly, Russia’s quick control of the Crimea was portended by Russia having the forethought to populate the area years before with Russian loyalists. It is the protection of these Russian nationals who were the alibi for invading via revolution into the immensely strategic warm water port. Russia will continue to use this card to try and claim back pieces of its former buffer states.

Trade as an Offensive Tactic 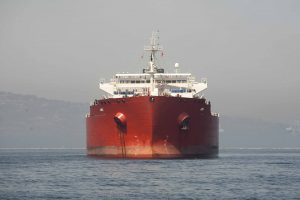 Trump’s insistence on cutting new trade deals and opting out of ones is not only to fix a better deal for Americans but it is also to put in clauses that thwart China. The new USMCA replacing NAFTA, has left everyone wondering what all the fuss was.  Lumber and dairy were hardly touched but were seen as big issues to overcome. What people aren’t talking about were the clauses to keep China from using a developing nation’s advantages for trade. This from a geopolitical standpoint was the whole idea. As the US continues to work out trade deals it will insist on ways to keep China from taking advantage of the rest of the world with the intention of having it play by the big boys’ rules. China’s threat is its stated ambitions to control the Asian continent, and the seas and oceans surrounding it. Twelve million barrels of oil a day and better than 50% of the world’s cargo flows through these seas and oceans and the one who controls them controls a huge amount of the world’s commerce. The US polices this now and it won’t trust anyone else to do the job.

Out with the Old

NATO, another Trump bone of contention, was created to keep Russia from pushing further and further into Europe after the second Great War. Russia is a poor and fading power and the US can no longer afford to continue to keep supporting NATO as it does. US has China to worry about and Russia is a European problem and should be looked after by Europe. Times are changing and so are the adversaries.

The Middle East is also of less importance that it once was. As the US is projected to become a net exporter of energy by 2020 or so, and self-sufficient in oil, Washington wants only to have a balance of power in the Middle East. The idea is to prevent any one state from dominating, balancing the Syrian conflict between Turkey and Iran. Stopping Iran’s ambitions to control Syria will mean sanctions until Turkey, and perhaps Israel, can become that resisting force. The US will likely always keep a presence in the Middle East but it will become less and less interested as long as no one nation looks to be taking control.

Here at home Vivian Krause is adamant that US money has found its way into Canadian anti-oil groups including first nations. Her reason is that big powers in the US are invested in US self-sufficiency in energy and slowing Canadian oil to market will help move that along. With Canadian sweet crude at or around a $40 discount to West Texas intermediate crude, if this conspiracy is true, I’d say they have achieved their goal. Whether this is a planned part of a grander geopolitical plot is hard to say but it fits nicely.  As opportunities arise there are always people in high places who will recognize them and help push the agenda along for a profit.

Challenge to the Status Quo

As midterm elections take place this week it wouldn’t surprise me to see Trumpism again be underestimated and the Republicans hold the house, thought marginally. The US has created its home nation with care.  No one on this planet could breach its shore and survive for long.  The geography just won’t allow it.  As a new era begins and new threats appear the US will continue to want to keep its trade routes open and this means confronting the new kid on the block. Right now the US has the upper hand. As the game goes on, China will, little by little, challenge the status quo and the US will have to make some decisions. 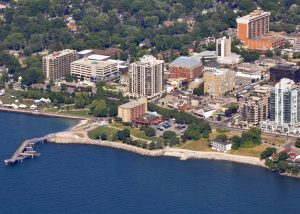 So its official, IR is opening a store in Ontario–Burlington to be exact. Robbie VanHoek and Pieter Medema will be manning all of our business in the east with Robbie taking on the new title of National Business Development Manager. Watch for our official announcement in the coming days.

IR’s business has been growing in Eastern Canada for several years now and we needed a presence to support that business. With the addition of Heather Addley and Jason Hollett here in the west, this move makes us very strong all across the nation. If you get a chance, congratulate Robbie on his new title on LinkedIn or Facebook. If you get down that way I know they would love to have you drop by as well.

Cheers for now and remember…for the unknown there’s NDT, for NDT there’s IR.